“Many Missionaries Are There And Need Special Prayer Because . . .”

The Western half of the World’s second largest island Papua New Guinea.

The Island, known for its wild beauty, has some of the most inhospitable terrain on earth.

From swamps and marshes to mountains over 5,000 feet above sea level. Some of the most primitive tribal people on earth are still found here. In the province are 40 rivers, 12 lakes and a total of 40 islands, 70 species of marsupial species (possums, wallabies, tree-kangaroos) 700 bird species, 800 species of spiders, 200 species of frogs, 70 bat species, 30,000 beetles and some of the World’s largest butterflies.

Large corporations are harvesting old-growth forests without reseeding. China, Japan and the U.S. use this wood or lumber. The people themselves receive little benefit and the habitat for the animals they hunt is shrinking.

The government of Indonesia is resettling people from over-populated island of Java to West Papua.

Presently 5,000 people a week are moving to the province.

The Javanese are not only taking land but also have the purpose of Islamizing the region. 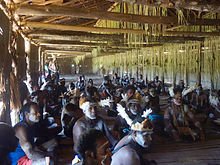 31 have the New Testament

27 have portions of New Testament

2 have a complete Bible.

over 200 Languages are still waiting for the Word of God. 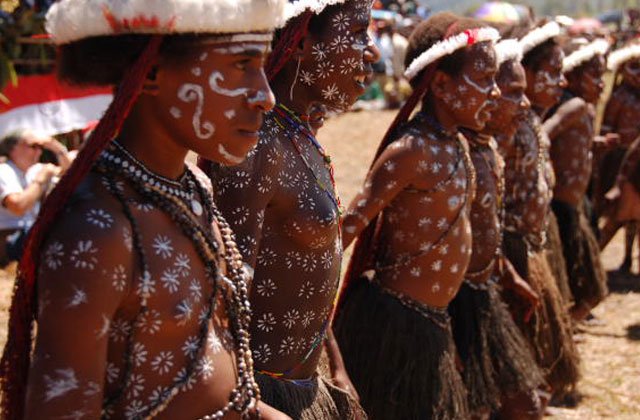 Many Missionaries are there and need special prayer because of the spiritual warfare and harsh conditions they work under.

At least 30 christian bush planes are flying in Western Papua.

WE CAN HAVE A PART THROUGH PRAYER IN A GREAT HARVEST

“And they sung a new song, saying, Thou art worthy to take the book,

and to open the seals thereof: for thou wast slain,

and hast redeemed us to God by thy blood out of every kindred, and tongue, and people, and nation;”

Tongues, languages and tribes are very important to God. Pray for the salvation of souls from every language West Papua.