The Kurds number between 25 to 35 million people. They are scattered throughout at least 5 countries.
They have been discriminated against where ever they are found. Their children have not been allowed to attend school and good jobs have been denied them. In northern Iraq Saddam attempted complete eradication. Under him 90% of Kurdish villages – 3,428 villages were totally destroyed. Chemical weapons were used to kill thousands. 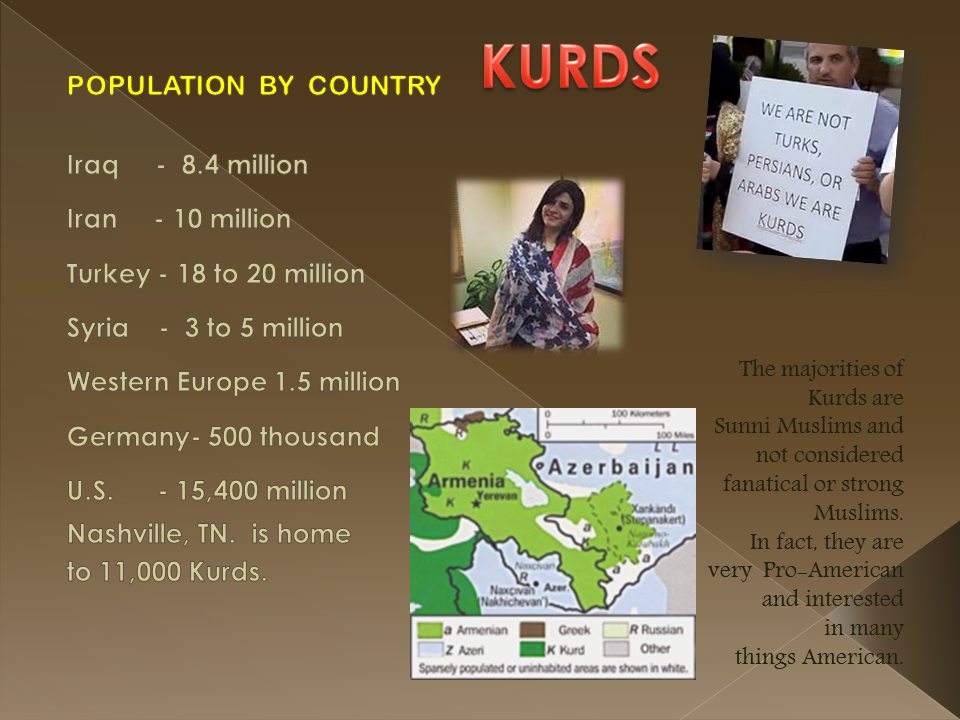 In 2005 The Iraqi government and world nations recognized the land in northern Iraq as Kurdistan. It is still a part of Iraq but considered autonomous.

Religion: Sunni Muslim majority.
Before year 2000 there were only 25 Christians and they lacked the scriptures.

Now they have the New Testament and Kurds have been coming to Christ. There are some Churches among them.

Kurds are fighters against ISIS.

Pray for a moving of God among the Kurds and that many would come to Christ.

Pray for God to call many to preach from the Kurds.

Pray for the training of Kurds for the ministry.

Category: Kurds, Prayer Updates
« Prayer That Gets Results.
The Unreached People Of China »